Worms to Dusseldorf – by train.

Quite early in the morning I visited the bicycle shop to take some photographs. It's a real Aladdins cave of cyclists goodies. 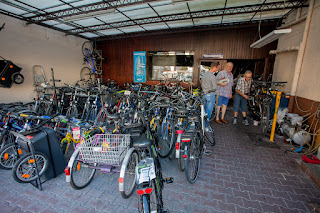 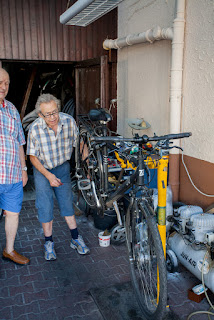 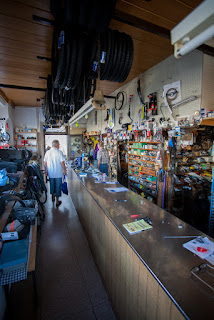 I also did a little sightseeing in Worms, including the church of St. Magnus: 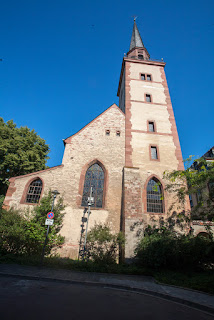 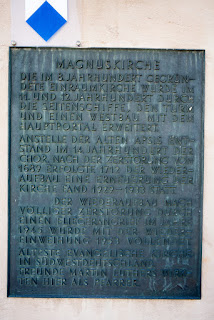 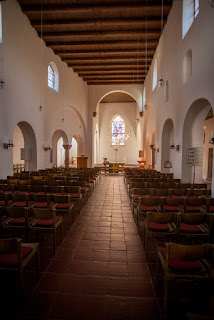 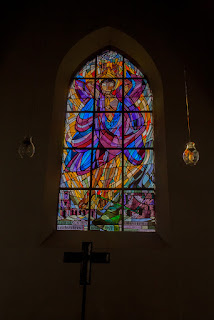 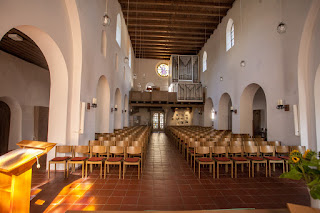 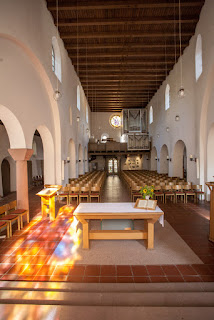 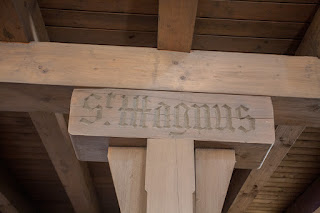 In the afternoon we let the train take the strain as far as Dusseldorf. In many places we could see the path on which we should have ridden on rather than sweat it out in the non-airconditioned bicycle compartment of the train. It gave us some insight into what our next year's tour should be like (if we do the second half of the ride). 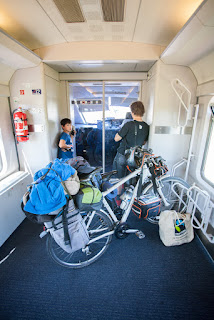 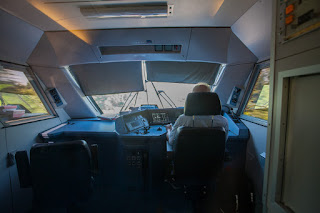 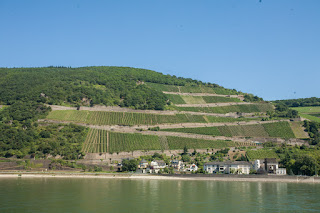 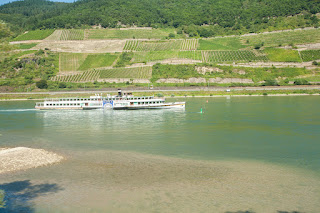 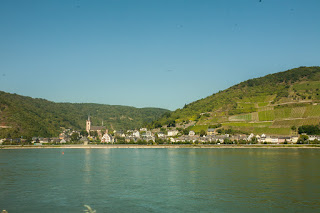 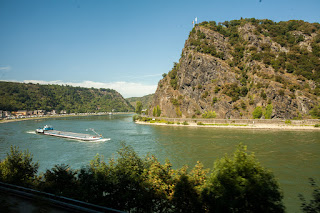 There was a delay at one point in our journey caused by someone walking on the track. Why walk when you can go by train? How silly.

We arrived in Dusseldorf about half an hour late and rode off to the huge youth hostel. The place was very busy as there is some sort of festival just starting, so we were very lucky to get a room at all – good job we booked it before we left Worms. 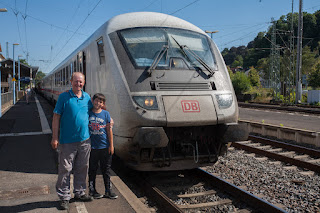 Despite it being a relatively easy day, we both felt exhausted. JP went to bed at about 1930 hrs. After having a rest, I stayed up quite late working on my photographs.
Posted by Cycling the Rhine at 12:06