Colmar to Who knows where?

Not a good day.

We've had a series of issues with various bolts coming loose (some falling out) of various parts of our bicycles. Today, it was JP's turn to lose a critical bolt securing his pannier rack. This was quite late in the afternoon in an area infested with mosquitoes. Not a fun place to be crawling around trying to fix something mechanical - spitting mosquitoes out as you work. They were driving JP mad! I just ignored them, except to spit them out.

We also had huge navigational problems and at some point we found ourselves  less than 20 km from where Brigitte had dropped us off the day before!  We seemed to be going round in circles all day. Very frustrating. We probably shouldn't have gone to Colmar at all as we got mixed up between the Colmar Canal and the Canal du Rhone au Rhin.

We found a campsite by the side of a lake - not a good place. The whole area was infested with mosquitoes and ants and, as JP had ripped a hole in the tent during the first week of our travels, they had access to us all night. JP is now covered in bites. He stood in the tent doing a war dance trying to get rid of them whilst I just ignored them. 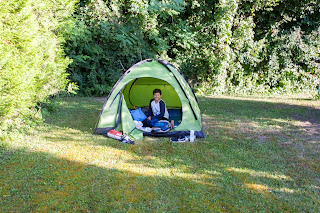 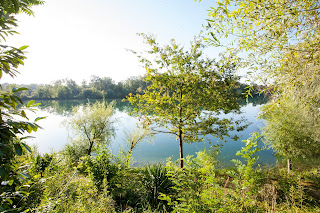 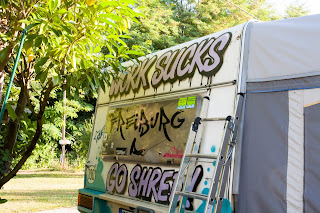 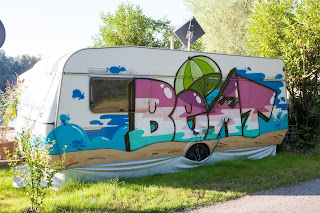 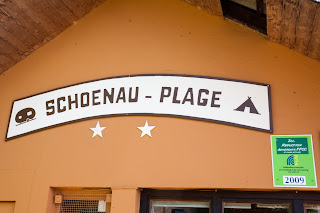 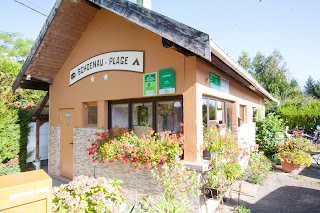 I sent JP off to find some food and her returned with double-cheeseburgers and chips for each of us. The last time I ate a burger in France, I got a does of food poisoning. I hoped for the best and chewed on.
Posted by Cycling the Rhine at 11:07