At Brigitte's holiday home in the Vosges Mountains

We were picked up by Brigitte in her car quite late in the evening after she'd had problems communicating with us because of her telephone being problematic.

Instead of going to Frieburg, as expected, we were driven quite a long way into the Vosges Mountains where the family has a holiday home with a magnificent view.

We met Brigitte's family who entertained us with an outdoor meal by candle-light and an open log fire in the garden. JP really got into toasting marshmallow's, which he'd never done before. It was great to sleep on a mattress again! No more pain from my aged hips which I always get when sleeping on the ground. 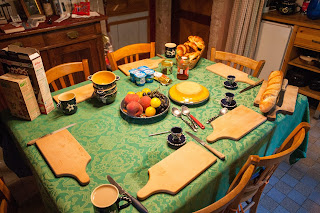 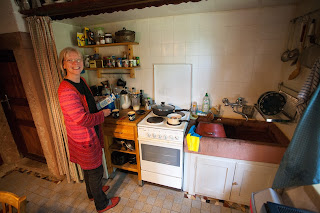 Brigitte's beautiful holiday home had some VERY low door frames and, true to form, my head made contact with one of them. It really was a terrible blow. 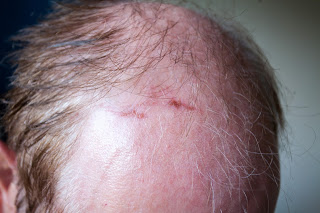 This morning we were treated to fresh French bread and a super breakfast, followed by a wonderful rendition of 'The Swan' from Saint-Saens 'Carnival of the Animals. I should explain here that Brigitte and her husband, Nick are both professional musicians. Brigitte played her magnificent grand piano accompanying Nick on his cello. I videoed the performance and it is now on our website: The Swan - by Saint Saens. Played by Brigitte and Nick Schwarting

Brigitte took us back to Neuf-Brisach in the early afternoon. This is the French part of the area called Brisach. We had originally met her in the German part. Neuf-Brisach is a fortified town by Vauban. 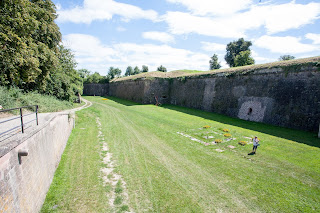 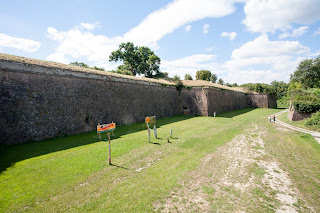 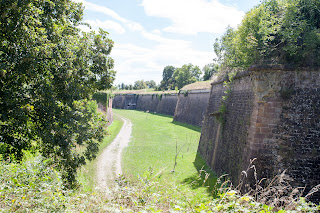 We spent ages looking for a bicycle shop and eventually ended up in a Tabac - to buy bicycle inner tubes! Having used both of our spares because of punctures and the failures of the patches, it was necessary to buy more spares as riding in some of the remoter areas, where we are prone to punctures, would mean a long walk if we had more punctures with no spares. I bought two Michelin tubes and off we went to the start of the ride. We would never have found the 'tube shop' without Brigitte as it was in such an obscure place and my non-existent French means that I understand very little of what people might try and tell me.

We got going on our ride, much of which was though fields of maize / sweet corn 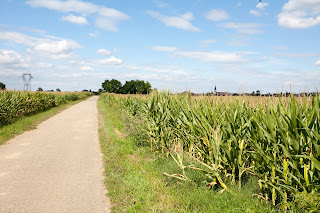 or alongside the Canal du Rhone au Rhin. 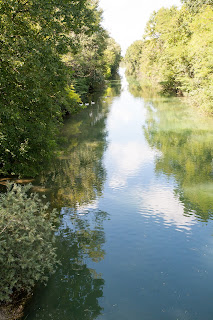 In the canal, we saw an Otter (we think!) scaring some Mallards. 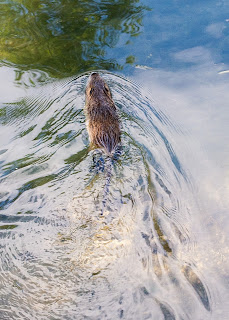 I was following JP at one point and as I caught him up I found he was chatting to a very friendly French Girl - named France. 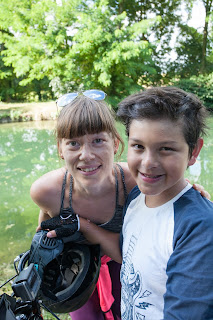 She rode her bicycle alongside us for a few minutes and seemed to enjoy our company. After she turned off, we continued towards Colmar. We turned off the canal side path and went in search of the campsite. Imagine our horror to find that it was full booked and we were turned away. The receptionist was very helpful and gave us directions and a map indicating where the next site was - about 7 km away. As we rode on, JP said he was too tired and could we stay in a hotel. That wasn't such a bad idea as there was every chance that the next camp site would also be fully booked. We found a budget IBIS hotel and staked our claim on the last remaining room. Bliss! A comfortable bed and hot shower.