I was up at 0700 hrs. getting our things sorted out. I'd completed most of this task by the time JP awoke and I managed to get him out of his sleeping bag.

It was a cold start but was starting to warm by the time we were ready to leave at about 0930 hrs. By that time I'd already been to the pharmacy and bought loads of sun block cream which we applied very comprehensively as I knew we were in for a hot day.

We said our fond farewells to Michaela and Patrick and Leonora who were continuing to stay at the camp site in Jestetten. 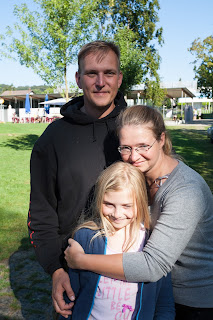 They continued to wave to us until we reached the exit of the campsite.

Before leaving, I'd borrowed a map from Robert, who'd left without a word to us the day before, and scribbled down some rough directions that would, I hoped, get us to Waldshut, our destination today.

We followed the cycle path that threaded its way through picturesque villages and fields of sunflowers and sweet corn in the by now blistering heat. JP struggled to keep up with his old dad today, as I knew he would after his day of swimming. He kept asking me to set a slower pace and stop frequently. 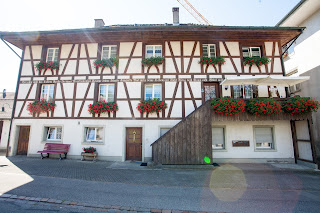 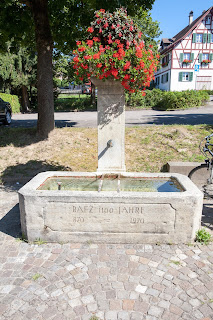 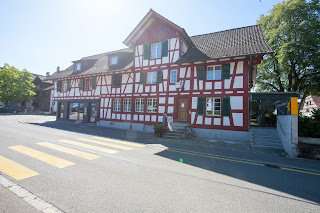 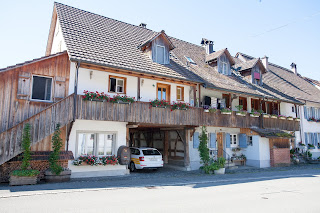 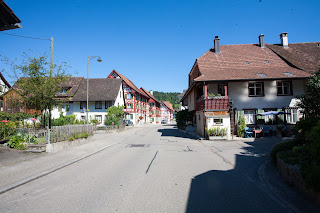 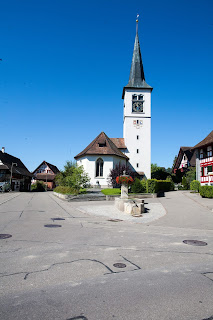 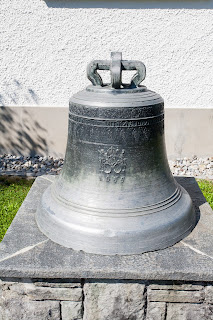 We watched fascinated as a flock of Black Kites (thanks to Keith for identifying the birds) gave a group of crows a hard time. 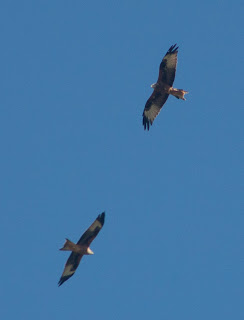 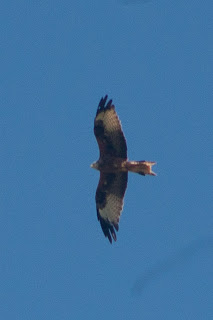 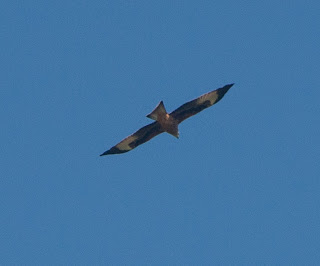 We stopped for a bite to eat in Huntwangen and sat on the steps of the store to have our picnic. 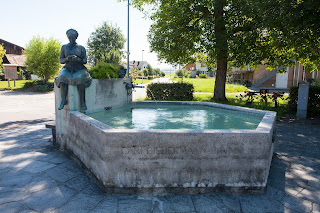 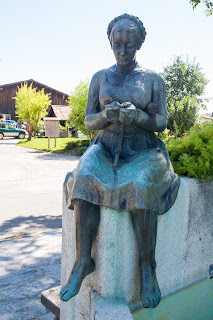 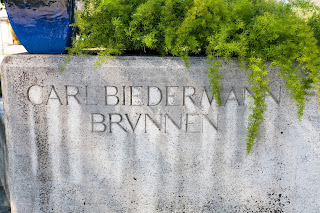 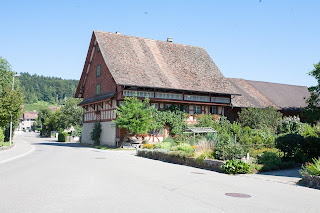 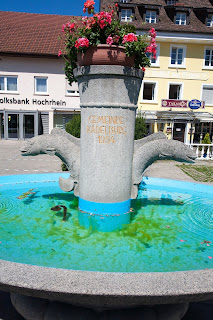 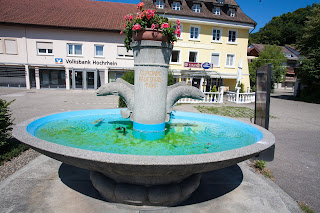 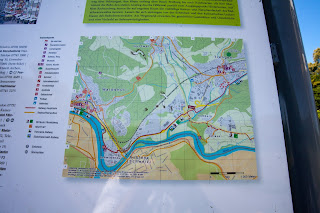 We got to Waldshut at about 1600 hrs. Once pitched and a little rested we rode our bicycles to a nearby restaurant / bar where we bought ice creams before we set off up a steep incline in search of a Lidl supermarket. We stocked up on food that would feed us that night and for breakfast the following day. 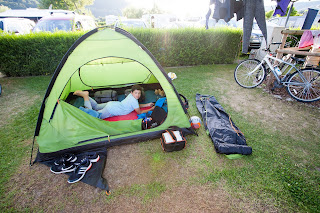 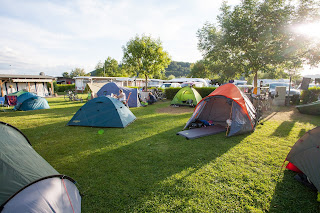